НАПИШИТЕ
НАМ
Warning, javascript is disabled in your browser; This could compromise your navigation experience on this site.

a new version of the Easy Elektro software has been released today; below the news:

EXTENSION OF THE ACTUATORS RANGE

With the new version it is possible to size also the “ELEKTRO ISO 15552 EK SERIES” and “ELEKTRO SSC SERIES” actuators:

The operating logic is the same as in the previous version, but it will also be possible to view the results for the new families introduced.

The second change concerns the possibility of defining customized motors (Custom) not coded by Metal Work: it is possible to create the model of a new motor, save it and use it in combination with the mechanics of the Metal Work standard actuator. These motors remain saved within a volatile memory area, which means that they are active only for the duration of the current session, after which they are automatically deleted from the database. However, it is possible to save the “Custom” in a local file (with .csm extension) and recall it later.

By selecting the "Custom" item from the drop-down menu, all the other selections get reset:

Once you make this choice, a message appears indicating how to access the area reserved for definition; by opening the menu at the top right of the screen and selecting “Custom” it is possible to create the motor. 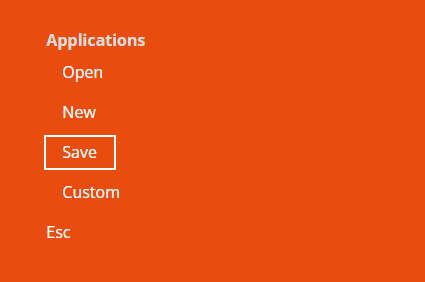 The following screen is then displayed showing the fields to be filled in: 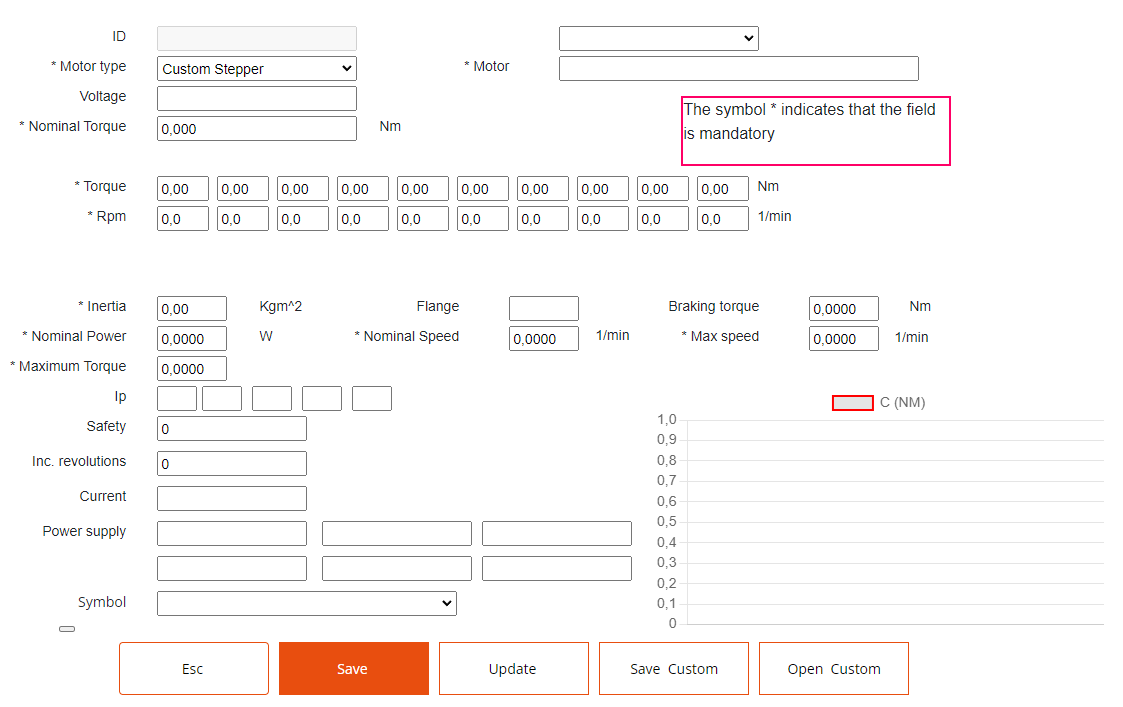 At this point it is possible to proceed in two ways:

it is also possible to select starting models already proposed (therefore usable as a facsimile for the generation of new motors).

The data of the motor recalled will be displayed on the screen and, at this point, it is possible to: 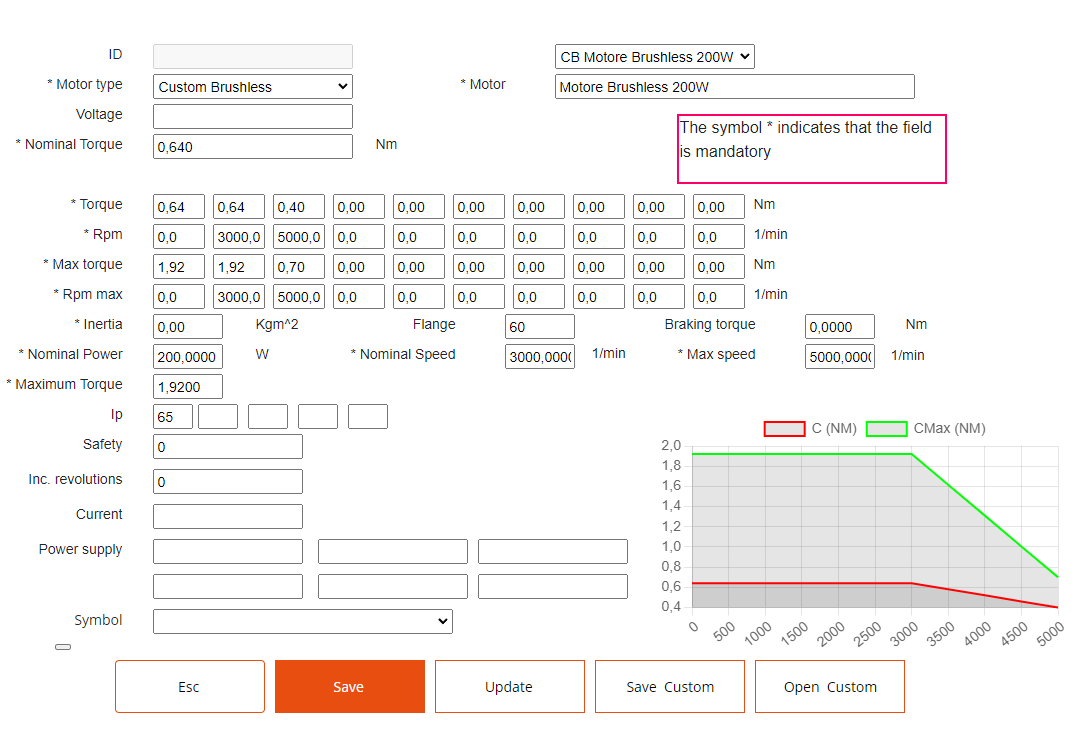 Using the "Save Custom" and "Open Custom" button, it is instead possible to save the motor in a local file or load it.

The last news concern the printing of the final report. The latter has been revised both in terms of the graphic aspect and in the way of representing the data to the user.